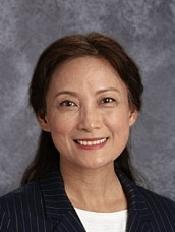 Sonny was born and raised in China where she was formally trained as a kindergarten teacher. She loved working with kids which led her to a career in television.  She was recruited to host children’s shows and youth programming at the Henan Province television station. This quickly became a fulltime job where she grew as a host and editor for a variety of television programs and news shows.  She came to the U.S. in 2001 and taught Chinese at St Michael Albertville High School for 11 school years. She loves to read, dance, and to take pictures and study photography. Her passion is to work with young people and share her experiences of an immigrant to the U.S.