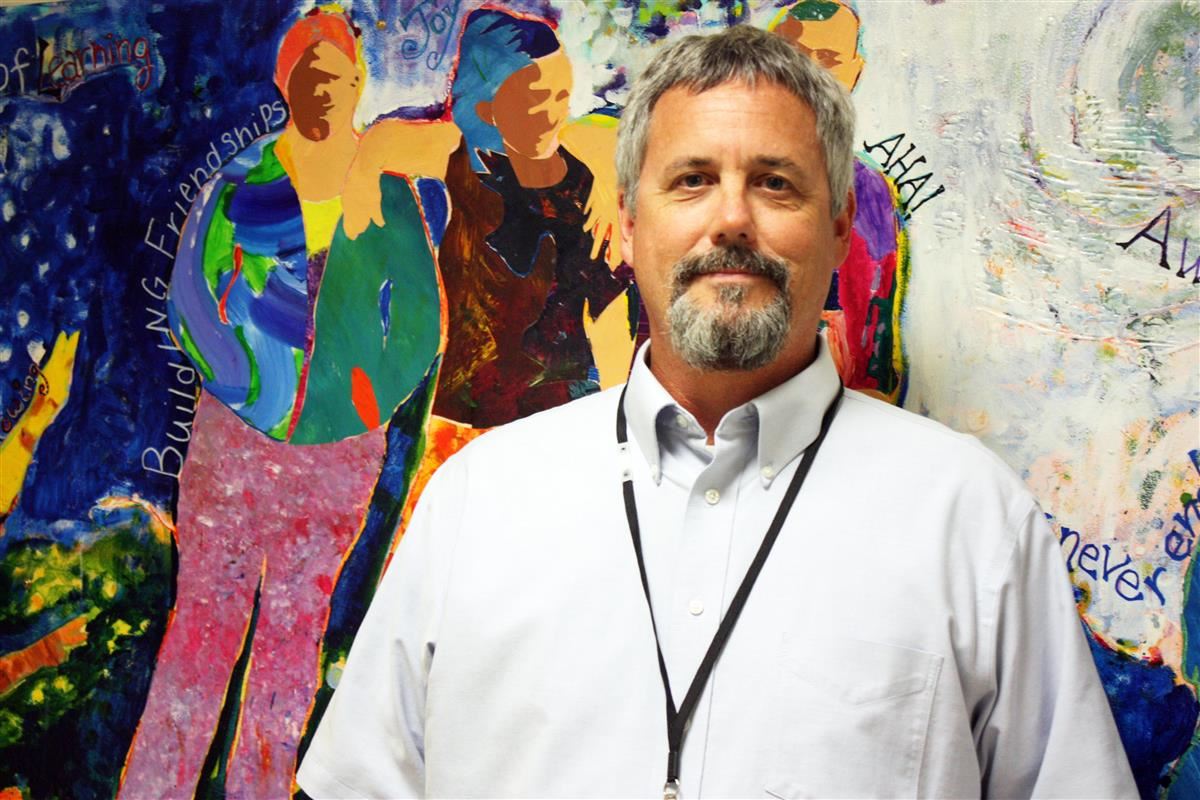 There is a sign outside of Ivan Sand Community High School Principal Tom Hoffman’s door. It reminds all who enter of his place in life - a father and grandfather, a husband, a brother, uncle and friend. A man - who also happens to be a principal.

Hoffman brought his ideal of “family first” to ISCHS when he first arrived here earlier this decade. With his guidance, Ivan Sand would build a family of staff, students and friends. And, at the end of the year, they would celebrate their success as a family.

This year, that success includes Hoffman’s departure, as he retires after nearly a decade at the helm of his own ship.

“So many of us here were hired by him, brought here by him,” said Nathan Weber, ISCHS teacher. “His fingerprint is firmly on this program. As a new teacher, it’s impressive how much respect he has here from the entire staff, and from the students here as well.”

ISCHS was “on notice” from the Minnesota Department of Education upon Hoffman’s arrival for failure to meet state standards. While ISD 728 was addressing student and staff needs, the school needed solid leadership.

“He came at a time when we were really hurting, as a program,” said teacher Becky Hagen. “Tom had this fighting spirit from the very first day. I think without him, the redesign and redevelopment we’ve done here wouldn’t have happened. He really came here at a crucial time and took it on. He rallied everyone behind him.”

Year after year, students talk about their experiences with “Hoffman.” From the first meeting with parents/guardians, the principal holds the line, telling kids the expectations and deliverables that come with the alternative learning programs at ISCHS. However, Hoffman becomes a male figure students, often-times, need in their lives.

“Everyone here will tell you about the family feel,” said Brian Kulm, a special education teacher at ISCHS. “Tom makes that happen. It starts from the top down. And to these kids, he’s special. He’s their biggest cheerleader. He’s their fan. And he’s also their toughest male figure. He knows where to draw the line and when to come in with the law. That’s important for so many of these students.”

Social worker Joe Robinson works side by side with Hoffman throughout the school year, and has seen how much Hoffman cares for his kids and for his staff.

“It’s a thankless job, being principal. Tom gets a lot of love and credit, but there are kids out there who have no idea the hours he put in for them, and advocating he’s done on their behalf. They’ll never know. And he doesn’t want or need the credit from them. The reward is seeing them in the green cap on graduation day and seeing those kids share their stories. He allows the kids to be who they are, and that’s why they love him. Those that get it come back again and again to the school because they know how important it was in their getting on the right track,” Robinson said.

Ivan Sand’s graduation ceremonies are the stuff of community legend. And, like most times, Hoffman takes a back seat to the students this year. But, it’s his final graduation in 2019, and he does take time to take a special photo with the Class of 19.

“Tom has always believe in ALC programs and in our program,” said longtime, award-winning teacher Susan Yankoviak. “His style has given both us, as a staff, and the kids a sense of confidence that we all probably didn’t have when they first walked in here.”

“The people who teach here and work here are really asked to be more than just ‘educators.’ I think we can all agree on that,” said Joe Bush, teacher. “He will definitely be missed.”

Deanna Chiodo will take on the principal’s role next year, leading ISCHS into the next decade of learning.

“The family he’s built here - we’ll miss him. We will carry that sense of community forward. We like being the independent bunch. It’s part of who we are. Tom has been such a key part of that - building a pride in Ivan Sand and who we are and what we do. He’s given us a home,” she said. 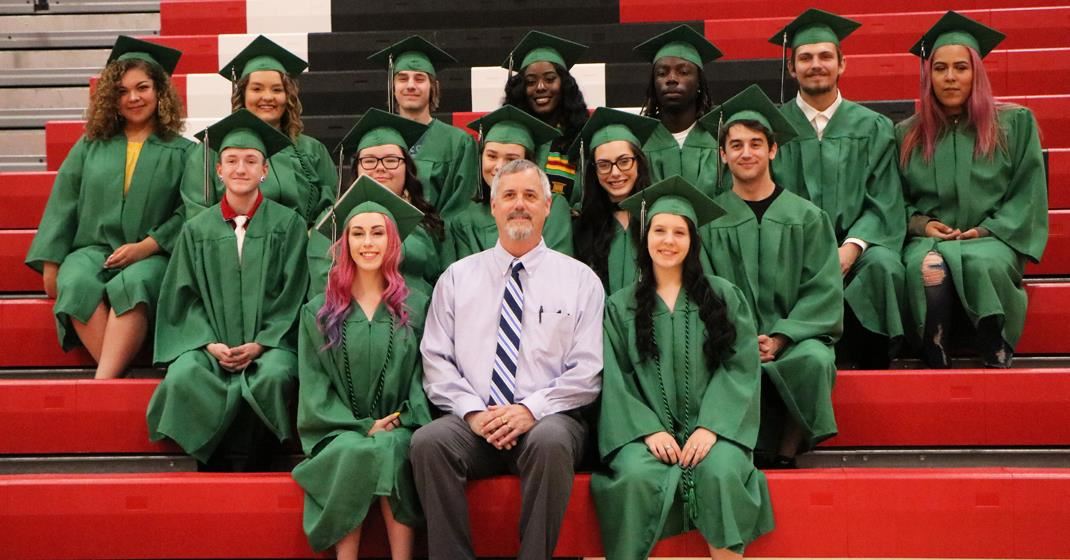 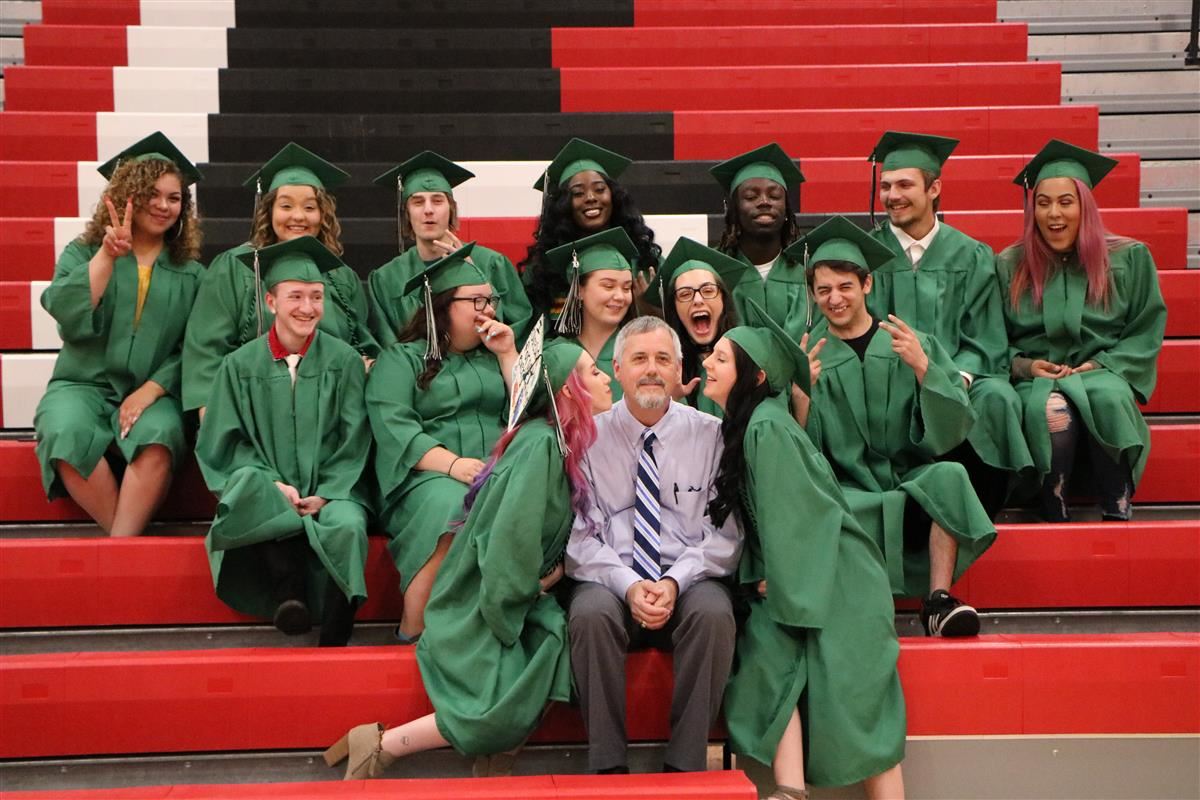 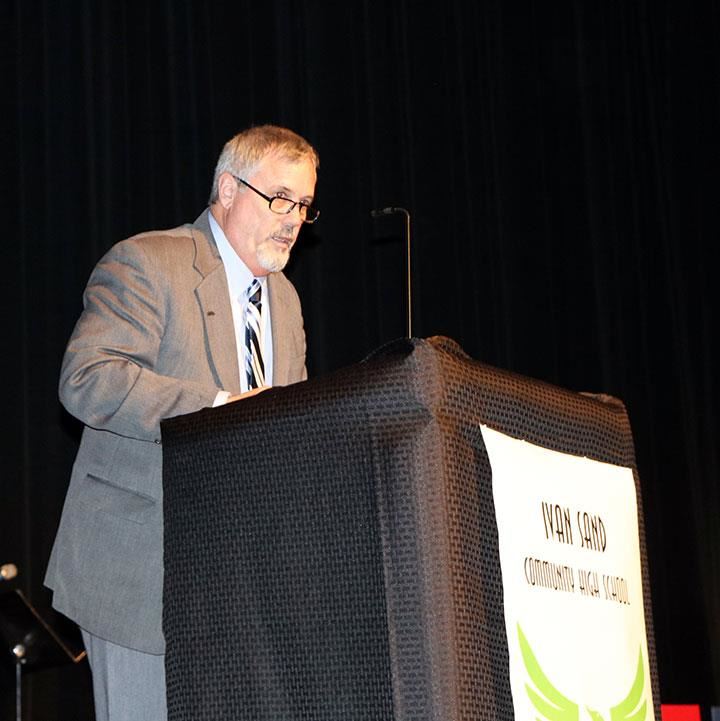 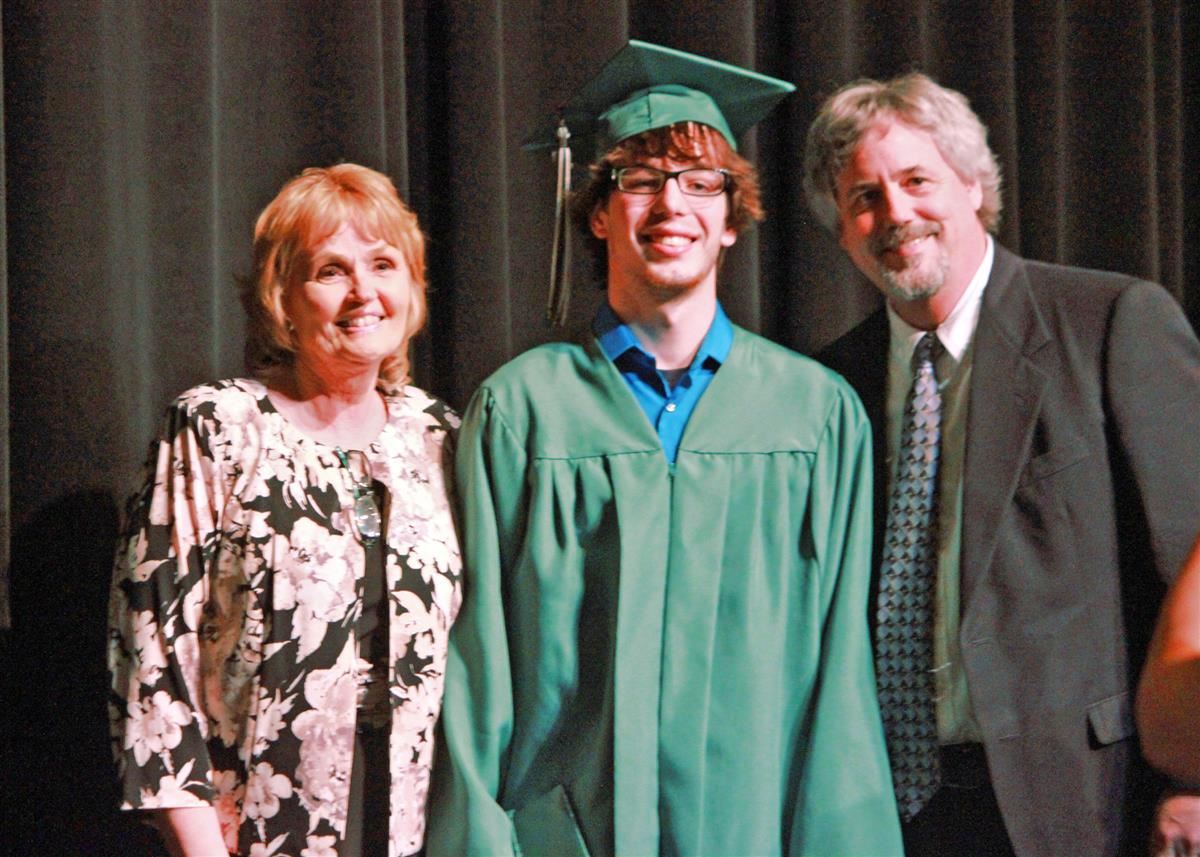