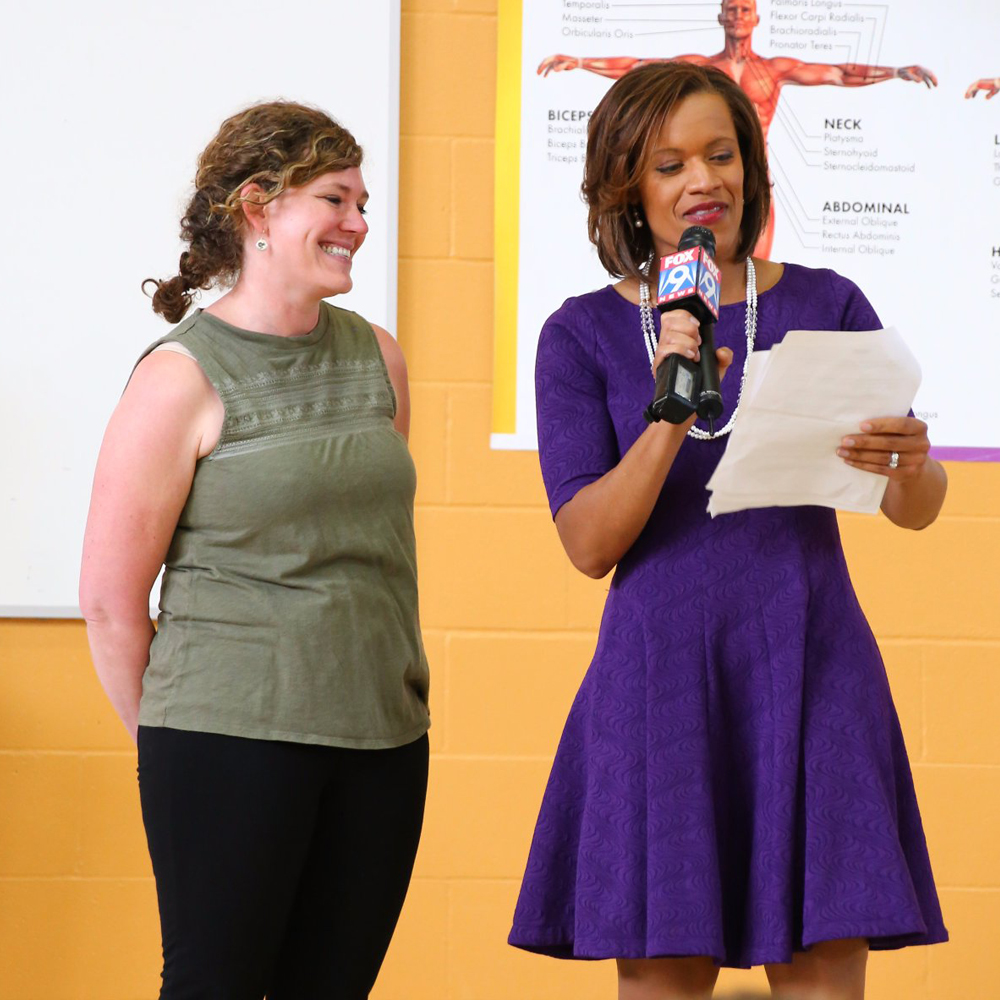 First grade teacher Sara Frater of Twin Lakes Elementary in Elk River was honored Monday morning as a Fox 9 “Top Teacher,” as reporter and morning anchor Dawn Stevens of KMSP surprised her at an assembly in the school gymnasium.

Frater earned $900 from Royal Credit Union and a $50 Subway party sandwich that she’ll share with colleagues (and maybe some lucky students) prior to the end of the year.

“I’m honored,” she said, accepting the award. “I’m someone who really loves what I do. I can’t imagine doing anything else. I’m happy to come to work every day and be with these kids here at Twin Lakes.”

She was nominated by former first grade teacher and Twin Lakes ADSIS adviser Kim Johnson, who wrote to Fox 9 saying “no one is more deserving.”

“She’s innovative. She makes me want to be a better teacher. And she’s the kind of co-worker you dream about,” Johnson said. “There is nothing she won’t do, or try, for her kids. She’s made such an impact here in our school and around the district.”

In a quick interview with Stevens, Frater said technology has been the biggest change in her 10-year career, but it’s something she’s embracing. She’s a Buncee Ambassador for the district, and has worked on other tech programs to keep class fun and interesting for first graders.

“The world is always changing,” she said. “You just kind of have to change with it.” 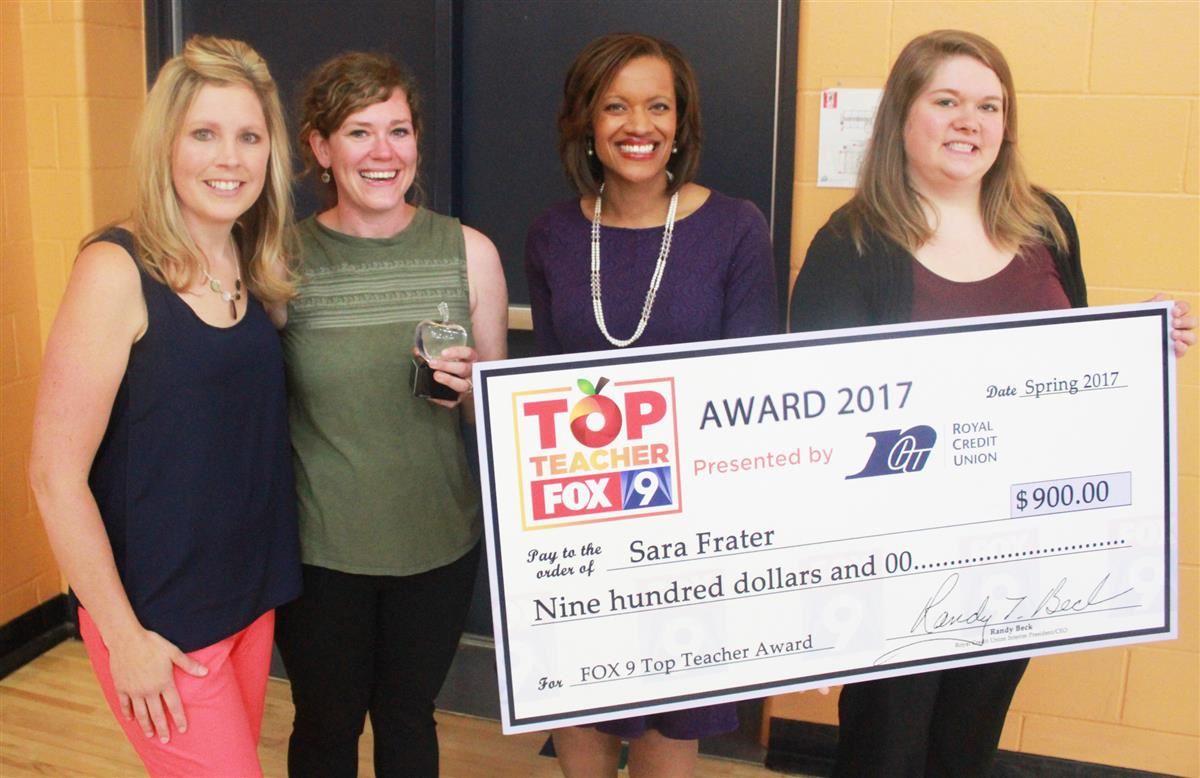 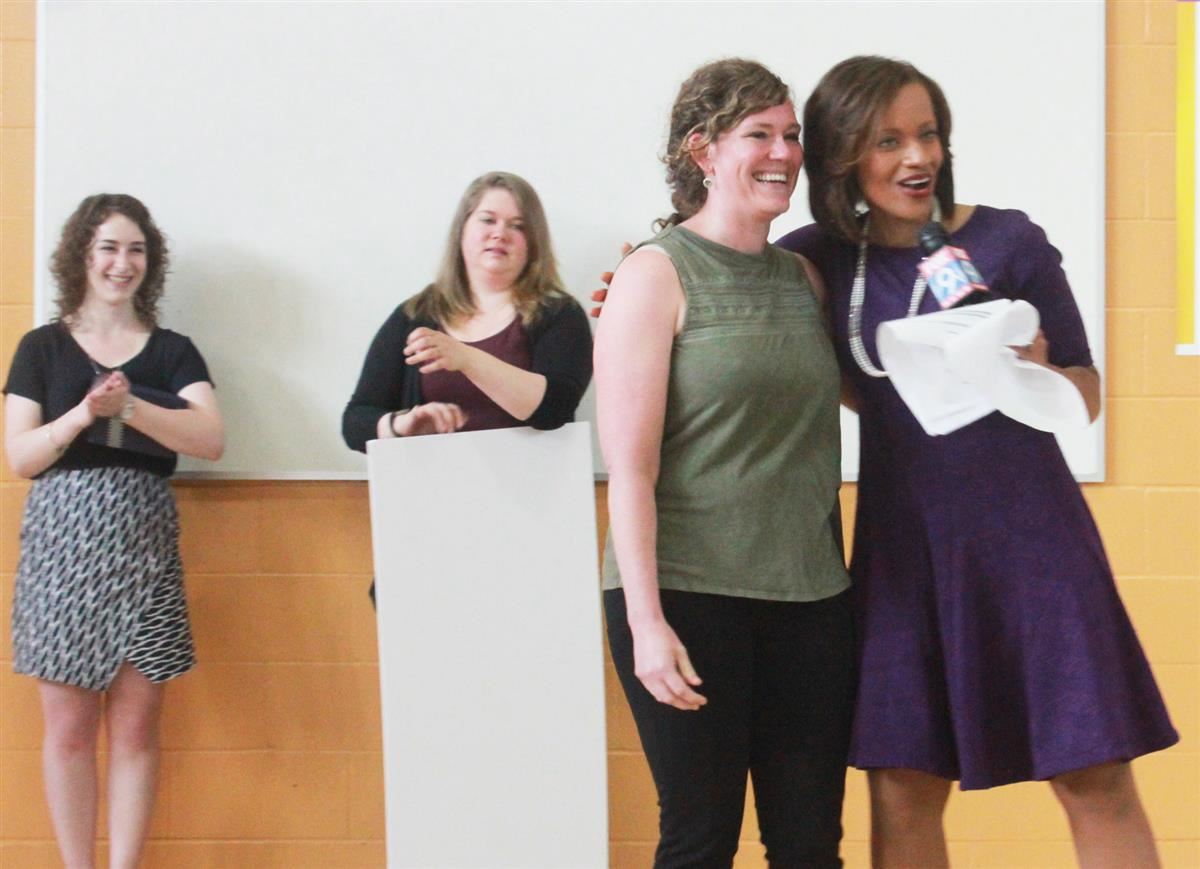