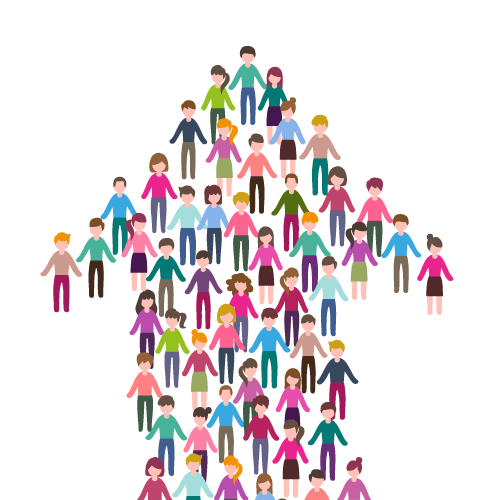 Take a drive down Wright County Highway 39 in Otsego, along Twin Lakes Boulevard in Elk River, through the Zimmerman lakeshore areas, or along Rogers’ south side...It’s clear that ISD 728 is “on the grow.”

Our growing communities and increased enrollment throughout the school district indicate an appreciation of quality programming and continued support from families who value the education within ISD 728.  This year, more than 13,000 kids will walk the halls of our school district, and continued growth is expected.

“We are excited about the growth, and believe that our school district, communities, and families make ISD 728 a special place to work, live, and learn,” said Superintendent Dr. Daniel Bittman. “A growing school district provides amazing opportunities for our children throughout our communities, while creating jobs and sustainability for our businesses. We know our families believe in our schools and in our staff, and take great pride in their kids and what they do each and every day at school. So, we are ready for and inspired by the opportunities that lie ahead. We have a dedicated school, board and tremendous staff and leadership team to ensure continued success and improvement.”

The total student population of 13,287 (as of Sept. 5, the first day of school) surpassed previous projections, which were 12,979 last January.  Despite the additional classrooms at Prairie View Elementary and Middle School, increased building, families who previously open enrolled to other school districts but have now returned to ISD 728, and families moving into the area all contributed to the growth.  School boundary adjustments approved by the ISD 728 School Board last year, which were supported by the community, alleviated some of the crowding, but hallways remain full.   Boundary changes led to some new students in the halls at places like Parker, Lincoln and Twin Lakes elementary schools in the center of the district.  Rogers, Hassan and Otsego elementary schools were also impacted as a result of the addition of Prairie View on the district’s south side.

All told, the district is home to about 6,000 elementary students in grades kindergarten through five. That’s up from 5,837 a school year ago, and ahead of the 5,906 projected for this year.

Increases happened at Lincoln Elementary and Parker Elementary as a result of the new boundaries – both buildings see approximately 50 new students. Prairie View opens with nearly 500 elementary students, reducing student enrollment at Hassan, Otsego and Rogers, which were all facing crowding issues.

Middle School enrollment continues to see strong growth as well. Prairie View, for example, opened with 145 sixth-graders, putting it nearly on par with the sixth grade class sizes at Zimmerman Middle School, which has about 190. Both grades are larger than projected and data suggest increases will likely occur.

Despite the challenges a growing student population can present, the district is poised to meet the needs of students in these communities. A well-planned expansion at Prairie View is in the works (the building will need space to host families from a projection that brings more than 200 new homes to the area over the next couple of years) as well as the additions of seventh grade (next year) and eighth grade (in 2019-2020).  In addition, the ISD 728 school board continues to prioritize manageable class sizes, and thus has approved more than 10 new teaching positions throughout the district.

Enrollment continues to surge at other district offerings, as well. Community Education is seeing increased participation in both before and after school programs, filling learning spaces approved by voters in the 2014 election.  “We’re fortunate to have the outstanding support of our communities and families,” said Cory Franson, the district’s Community Relations Director. “We wouldn’t be able to do this without them.”